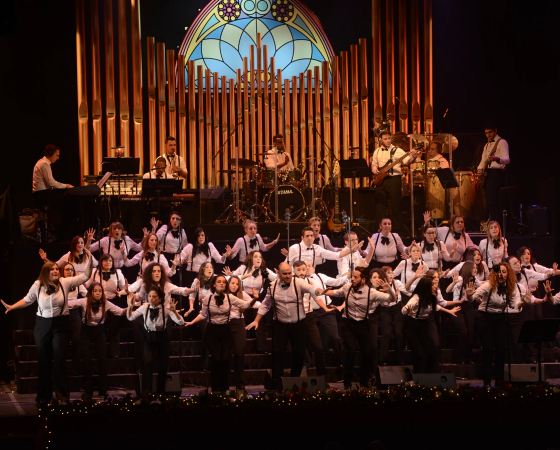 “Pay no attention to the man behind the curtain”, said Professor Marvel while operating the wizard machine in Oz. In the 1953 film “Lily” a young girl is comforted by puppets, until she remembers they are controlled by a carnival puppeteer. We don’t have any real idea of whether the voices we hear and the humans we interact with every day are actually all one voice with many faces, or some clever robotic images, or phantoms of our own imagination with no substance. Yet, we prefer not to be disconcerted and afraid, so we make some comfortable assumptions. In order to create a civilization, we must do this so we can agree on the outcomes of our personal interactions. “Faith” and “trust” are therefore considered mentally healthy, and for good reason.

When these ideals go wrong, we might end up adopting someone else’s fundamental truth about the nature of reality and forget our own assessments. If such beliefs cause us to be blocked by an ostensible deity who said “No!” to something good, or whose messages to us trickling down from the chain of privilege are punitive or shaming, we tend to lose hope, stop acting and cease striving for the greater good. To me, that’s a tactic perpetrated upon society to serve the competitive advantage of a few. It is difficult, or even impossible, to train oneself to ignore this type of shouting from on high, but it is perfectly fine to bang on the ceiling and tell them to be quiet.

VotePlusPlus makes this point: since it’s ultimately impossible to pin down an absolute interpretation of reality and how you fit into it, why not pick something nice? Something that will work well for you and the people you care about? I would find it disturbing to believe that the people around me are somehow unreal or all being manipulated by an unseen force with no free will. I could not prove otherwise, but that’s an icky scenario. I prefer to interpret each and every person I meet as having intrinsic, sovereign worth and to try to explore ways in which we could come to mutually beneficial agreement. That makes me happy so, why not?

I think the essence of democratic representation is to collect the ability to wield force and impact in such a way as to help facilitate, coordinate, enhance and defend our pursuits as individuals of a civilized life. Some people claim we would imitate nature and act out our inner “call of the wild”. I prefer to think that nature is telling us instead: “Get outta’ here, you silly humans. Learn how to build a house and get along with your neighbors. Otherwise, you won’t survive out here. You weren’t meant to.” However you see it, it’s still nice to know we can send a rescue helicopter when things go wrong in the outback.

When people sing together in a choir, they don’t lose their individuality. They just make a mighty and beautiful noise no single person could produce alone.

5 thoughts on “Theory of Everyone”