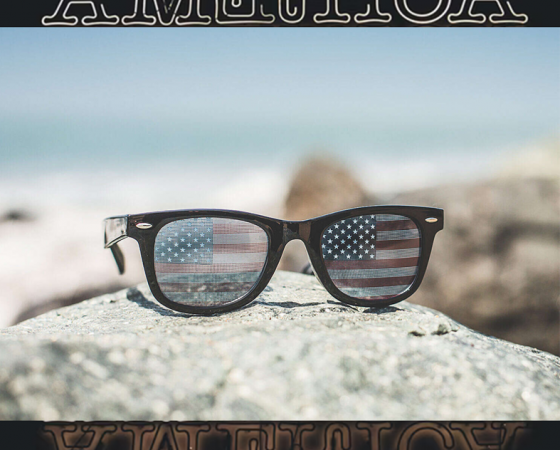 America is and was a one-time phenomenon. The land is lavishly endowed with natural resources, including the world’s largest supply of fresh water, 5 ocean coastlines, the highest production of oil and natural gas, and the largest amount of arable land in the world. Yet, it was a mere 80 years after its inception as an independent nation before the nation collapsed into one of the bloodiest civil wars in history. Why?

The mistake was presuming that what worked for the wide-open spaces must be good for the civilized infrastructure of a dominant national population. No way has that scaled.

There is nowhere left on terrestrial Earth, or in the solar system for that matter, just waiting to support life and habitation from sea to shining sea like North America in the 1700’s. If you want to try your hand today at setting off for Antarctica, be my guest.

Rough justice of the American Old West was infamously unfair and violent. Despite some of the best opportunities the world had to offer at the time, many perished trying to eke out a subsistence living. There was no cooperatively organized civilization on the frontier – no railroads, no mail, and in many areas “no nothing”. The pioneering spirit of exploration and survival is much lauded, and deservedly so. There are many famous examples of extraordinarily hardy and successful community efforts resulting in either temporary or permanent settlements. However, when you wander among the streets of Paris you begin to realize there is something altogether sublime about Old World cooperative aesthetics and the traditions that lead to those remarkable results.

The other mistake was not evaluating the criteria for success at a regional or national level. The U.S. Founding Fathers debated amongst themselves, asking “How will this system of government, ratified by the Constitutional Congress, affect our future society?” That was altruistic and intellectually admirable, but flawed. The real question should have been the negative, stated as: “How will this system of government protect us from tyranny and corruption, by ensuring our leaders will represent the people and are likely to be among the best and brightest the population has to offer?” Clearly, it is evident that there were holes in the original plan. The plan did foresee future refinements in the form of constitutional amendments, legislative precedent, and election outcomes, but not much guidance was given on how to ensure the purity of any of the processes involved.

Another major issue that was not officially addressed was how to develop reliable information sources. When relegated solely to the competitive private sector all journalism will deteriorate into tabloid journalism, because “smut sells”. Information is a precious commodity, along with reliable, diverse intellectual opinions that afford insight. We are all susceptible to mood swings based on being shouted at by advertisers and repetitive, one-note sensationalists. We shouldn’t be blamed for that; we’re all just trying to concentrate on making a living and getting along. Seizing the giant media microphone does not entitle you to pollute the information pool. History teaches that censorship is not a remedy for this problem and actually makes the situation worse. Nobody wants to be told to “shut up” before they are allowed to speak, and when that happens people will inevitably react. VotePlusPlus does not have any specific recommendation at this time but we observe that we’ll never see an effective solution until we appoint some great leaders to figure out how to implement voluntary and welcome alternatives. I wouldn’t mind listening to “U.S. Radio”, as long as I could freely comment, turn it off, or go back to CNN. One might presume that corrupt leadership is the root cause of misusing an official news outlet for state propaganda. Solve that one and there’s obviously less to worry about.

Let’s reinterpret the lessons of the U.S. phenomenon and make the entire world just as, or more successful, including the great land of America itself.

8 thoughts on “America the Beautiful, not “The Perfect””